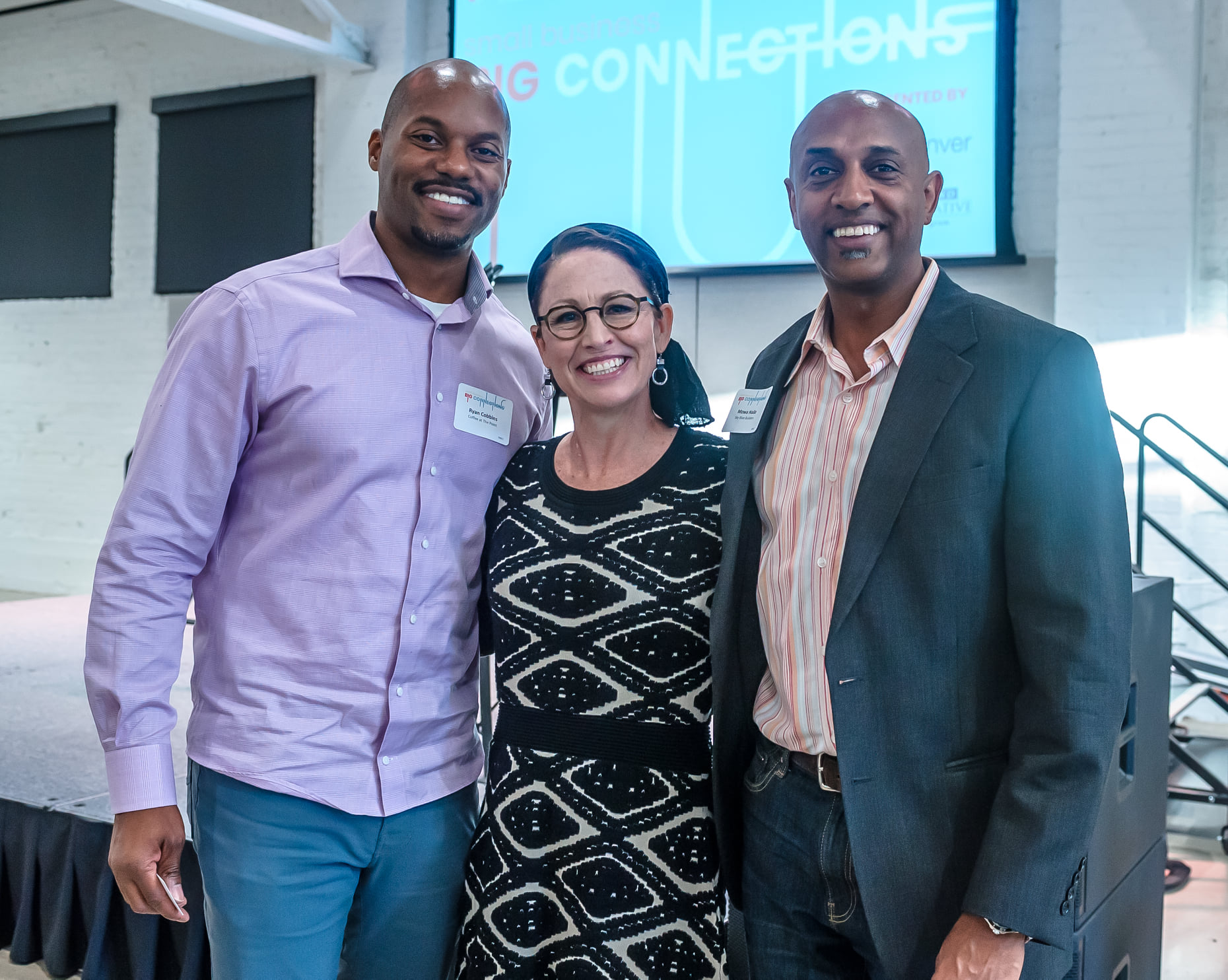 Last week, the Denver Metro Chamber of Commerce and the Denver Metro Small Business Development Center (SBDC) gathered to hear the stories of three successful small business owners and recognize VF Corporation’s Kellye Gordon, the 2021 Bill Daniels Ethical Leader of the Year, presented by the University of Denver Colorado Business School. Vectra Bank was a platinum sponsor of the event.

The event, hosted at Asterisk in Downtown Denver, provided a space for entrepreneurs to connect, learn from each other’s journeys and network with peers and professionals from a range of industries. Storytellers Mowa Haile, Ryan Cobbins and Naomi Binkley took turns sharing about their small businesses and the steps they’ve taken to get to where they are today. J. J. Ament, president and CEO of the Denver Metro Chamber of Commerce, and China Califf, director of the Denver Metro SBDC, both spoke at the event. 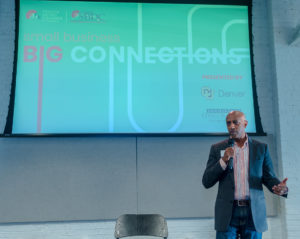 Haile, founder and president of Sky Blue Builders and incoming board chair of the Denver Metro Chamber of Commerce, kicked off the storytelling portion of the event by sharing his experience as a “kid from Africa” who had a dream, persevered despite opening Sky Blue’s doors in 2007 just before the Great Recession and is now able to inspire others and share his expertise as a business owner. Haile relied on the SBDC as he prepared to start his own business. “Everyone has the responsibility to inspire others,” he remarked.

Cobbins, owner of Coffee at The Point, spoke about his path to creating a 3,000-square-foot coffee 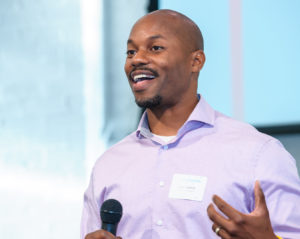 and wine lounge that’s become a hub for the Five Points community. “It’s not about the coffee, but what happens over the coffee,” said Cobbins. “This was the most impactful way for us to give back to our community.” Cobbins, who does not like coffee himself, created a space within his community that offered non-traditional hours for a coffee shop and worked with his staff to create shifts that maximize their schedules. 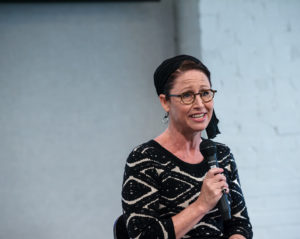 Binkley, founder and managing partner of Fireside Production, closed out the storytelling portion of the event, sharing her journey to founding Fireside Production. A former television news reporter, Binkley started to freelance and “then the economy fell out.” As she decided Fireside Production would become full-time for herself and husband, who had continued working in television news, “the SBDC became my business school.” At the same time, Binkley shared her story about secretly suffering from debilitating chronic pain. “I am a storyteller,” said Binkley. “Stories are what connect us all.” 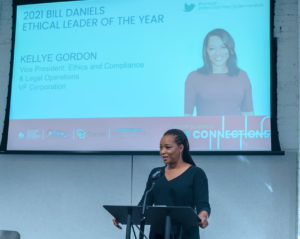 legal operations at VF Corporation, was honored as the 2021 Bill Daniels Ethical Leader of the Year. “I am so grateful to surrounded by such courage,” she said after talking about the team at VF. View a video about the award and Gordon.

Following the presentation of Gordon’s award, attendees mingled and networked to help forge the “big connections” that will create the next generation of businesses and leaders who will share their stories at future Small Business, Big Connections.