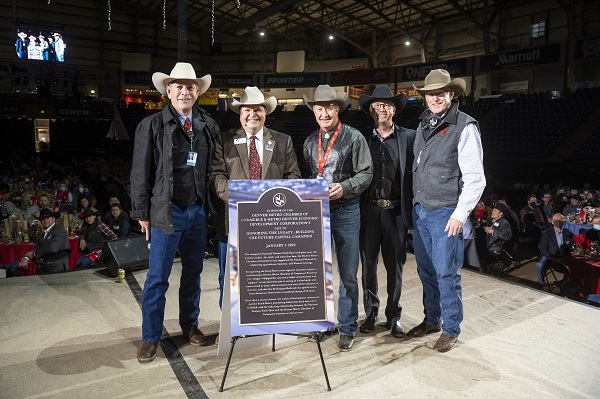 “The Stock Show is back and back in full force,” Gov. Polis told the 800 attendees.

While this event recognizes the importance of agriculture in Colorado, it also provides a pathway for Colorado youth to pursue their education in agriculture, rural medicine and veterinary science. A portion of the proceeds from this event benefit the National Western Scholarship Trust. Since its inception in 1983, the Trust has awarded thousands of scholarships, funding the future of Colorado’s agriculture industry.

About National Western Stock Show
Established in 1906, the National Western Stock Show is a 501(c)(3) charitable organization that provides college and graduate level scholarships in agricultural science, business and rural medicine. It is our mission to serve producers and consumers throughout the world by being the premier annual livestock show and center for year-round events. The 16-day show in January also serves as an entertainment arena, hosting one of the world’s richest regular season professional rodeos, world-class horse shows, family, educational events and Colorado’s largest western trade show. For more information, visit nationalwestern.com.