The 2022 Mid-Term Elections are (mostly) over and the Chamber’s Government Affairs team has been diligently following outcomes to formulate a broader legislative strategy based on results.

The predicted red wave that never materialized has kept the levers of power mostly intact in Colorado, with Democrats largely in control at the local, state and federal levels. Read more to hear how changes, or lack thereof, at each level will impact your business and business advocacy.

All four statewide elected officials won their races by comfortable—if not large—margins, as Colorado voters sent Governor Polis, Secretary of State Griswold, Attorney General Weiser and Treasurer Young back to their respective offices for four more years. Things were similar for seats in the Colorado General Assembly, though many of the General Assembly races were much closer than the statewide races. It appears Democrats are poised to expand their majorities in both chambers—23 seats in the Senate (a record margin for the party) compared to Republican’s 12 seats, and 46 in the State House, compared to the Republican’s 19 seats. With the reelection of every Democrat in statewide races and an expansion of a Democratic majority in the General Assembly, many observers argue that Colorado is no longer a purple state, as Democrats command wide majorities. With Governor Polis’s reelection by a comfortable margin (58% of the vote) and Democrats holding the State House and State Senate, we can expect to see a Democratic trifecta in the state for at least another two years.

In years past, there has been room for business advocates to take advantage of slimmer margins to broker deals and leverage the need for compromise to achieve results, that luxury will not exist in 2023 as Democrats have only increased their cushion. We’re confident in the relationships we’ve built at the Capitol with members of both parties in both chambers; however, these margins will put the business community in a defensive position on issues like employee-employer relations, green building initiatives, clean commuting, crime prevention and business incentives.

It remains to be seen how lockstep the newly elected Democratic super majorities will be. Where the business community might have space to navigate is between the newly elected and/or progressive left and more seasoned, moderate Democrats. We also hope to see Governor Polis bring a pragmatic, reasonable voice to some of the policy conversations. Fractures between the party and a proactive executive branch could be the only things to slow an agenda fueled by a near veto proof majority.

That leads us into another key impact of the 2022 election—powershifts within the Capitol. The new roster of leadership for both parties is as follows:

Our maneuverability on key issues will be focused on those party dynamics, the quality of the relationships we have at the Capitol, and the impact of the data and stories we deliver in testimony. This is where we will tap you, our members, through our advocacy network mentioned below, to collect those stories and to share them with legislators while they do their decision making.

In Federal elections, Colorado is likely to have a Congressional delegation consisting of seven Democrats and three Republicans. Senator Michael Bennet, previously regarded as a vulnerable incumbent, cruised to reelection against his challenger Joe O’Dea, a moderate Republican and construction magnate in the state. Congresswoman Lauren Boebert’s seat in CD-3 proved to be unexpectedly competitive. The district, with an R+9 tilt, was regarded by observers as a safe bet for the Congresswoman as she ran for reelection; however, once returns poured in, challenger Adam Frisch (D-Aspen) took a small but steady lead.

Colorado had two open House seats this election, CD-7 and the newly-apportioned CD-8. In CD-7, State Senator Brittany Pettersen (D-Lakewood), defeated her opponent, Erik Aadland (R-Pine), in the seat being vacated by Congressman Ed Perlmutter, which is a Democratic hold.

Colorado was apportioned a new Congressional seat in redistricting, and this open seat was won by State Representative Yadira Caraveo (D-Thornton), who beat State Senator Barb Kirkmeyer (R-Weld). The newly formed district includes parts of Adams, Larimer and Weld County, and tilts to Republicans by two points. Most observers gave Senator Kirkmeyer a slight edge to win the race, but it will be Representative Caraveo heading to Washington, giving Colorado Democrats another seat in D.C. Notably, the race for CD-8 is a prime example of the impact third-party candidates can have in close races. Libertarian candidate, Richard Ward, ended up winning just over 9,000 votes – enough to perhaps have shifted the result away from a Senator Kirkmeyer victory.

On a national level, control of the U.S. House of Representatives and U.S. Senate will likely be mixed. In the House, Republicans have clinched enough seats to take over control with a slim majority. In the Senate, Democrats have maintained their slim majority, garnering 50 seats in the chamber, which is sufficient to hold the majority since Vice President Kamala Harris can break a tie vote. The Senate hinged on close races in both Arizona and Nevada, which were called last weekend, both of which favored Democratic incumbents over their Republican challengers.

In Georgia, incumbent Senator Raphael Warnock and his Republican competitor Herschel Walker are headed to a runoff scheduled for Dec. 6. Republicans see this race as a hedge to deny Democrats a formal majority and split the Senate 50-50.

While control of the U.S. house lies with Republicans, the Senate will remain in Democratic control. This is in stark contrast to the last two years, wherein Democrats held the House and took control of the Senate, giving President Biden the legislative trifecta that helped him pass key parts of his agenda. Now that Republicans have won the House of Representatives, Washington will see divided government once again: this can serve as a way for more bipartisan legislation to be passed, which allows for more deliberation and could lead to better policy outcomes. It could also create barriers for President Biden to continue passing agenda items he sees important. In controlling the Senate, Democrats continue to hold the power with judicial appointments and, should a Supreme Court seat become vacant, President Biden’s nominee would have a higher probability of being confirmed with a united executive branch and Senate.

We expect that with split chambers, federal policy will be contentious and likely gridlocked. Only time will tell if that gridlock will be a blessing or a curse as leaders pitch solutions to nationwide inflation and recessionary concerns.

Colorado voters supported Proposition 121 to reduce state income tax, passing it with 65% of the vote. Proposition 122, which decriminalizes mushrooms for medicinal purposes, was also approved by voters, albeit by a much narrower margin, with 53% of voters approving the measure. Denver voters rejected the Denver Initiative No Eviction Without Representation and passed Waste No More.

While we did not have an official position on Proposition 123, voters supported the initiative to create a fund for affordable housing development. Voters chose to reject all but one alcohol-related initiatives—approving the sale of wine in grocery stores by a slim margin.

The outcome of Colorado’s ballot measures painted a more nuanced picture of voter behavior than the candidate races might suggest. The hair splittingly close passage of Proposition 122 on mushrooms and Denver’s rejection of No Eviction Without Representation indicates that even in an increasingly Democratic state, there are limits to what voters are comfortable with. Coloradans are still pragmatic even if they are no longer “purple.”

Colorado voters supported dedicating tax dollars to affordable housing via Proposition 123, while simultaneously reducing how much they were willing to pay into taxes via Proposition 121. In effect, what has been created is a tighter environment for the state’s budget. Colorado state legislators will now have to navigate the headrush of total party control and the sobering reality that they might not be able to afford their agenda. The tighter state budget combined with an uncertain economic forecast will instead force legislators to make uncomfortable decisions about their programmatic priorities in 2023. If there were ever a reason for division between moderates and progressives, budget requests would be a good one.

Finally, while we didn’t have a position on Denver Referred Question 2L, it passed with over 80% of residents in favor. This initiative will change election procedures and timelines in the City and County of Denver and has moved the city’s general election up from the first Tuesday of May to the first Tuesday in April during odd-numbered years. If you’ve been watching Denver’s mayoral race so far, you’ll have noticed it’s a crowded field. Not only is Denver’s top job up for grabs, ten out of thirteen City Council seats are contested. This new, more compressed timeline will make an already competitive election even more brutal for candidates.

Our mission is to challenge our lawmakers to enact legislation that has been thoroughly developed, debated and improved by involving a broad group of stakeholders. Policy is frequently described in either apocalyptic or utopic terms. However, we believe that real policy and meaningful solutions happen somewhere in between those two extremes.  We support legislation that advances the interests of our business community and the workforce we employ throughout Colorado. When one party controls all levers of government, our role in driving deliberation, compromise and leading with the business community in mind becomes ever more salient, and we pledge to continue this mission in the 2023 legislative session and beyond.

Hear from Colorado Legislators About Their Plans for the Business Community

Join the Denver Metro Chamber of Commerce and Colorado Competitive Council on Jan. 4 for their annual Business Legislative Preview breakfast. This event gives leaders from the Colorado General Assembly an opportunity to directly address the business community, and emphasize their plans and priorities for Colorado businesses in the upcoming session.

The Chamber will also discuss its legislative priorities for the session, sharing what it believes will be the most impactful and important issues for business in the upcoming year.

Ensure your business is prepared for any hurdle this legislative session by registering for the Business Legislative Preview today!

Sign-up to join our advocacy network to help us promote investment, job creation and a competitive business climate in Colorado and the Metro Denver region. 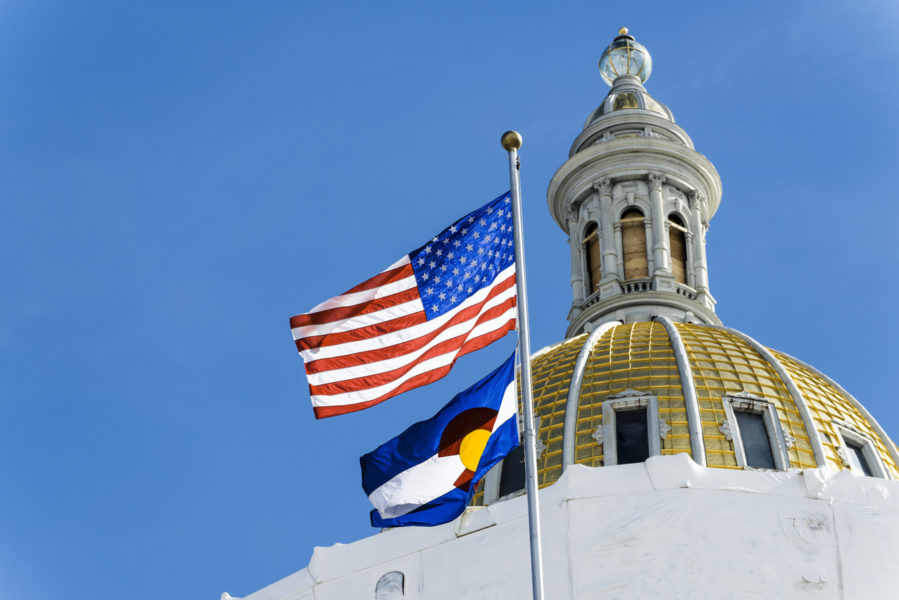 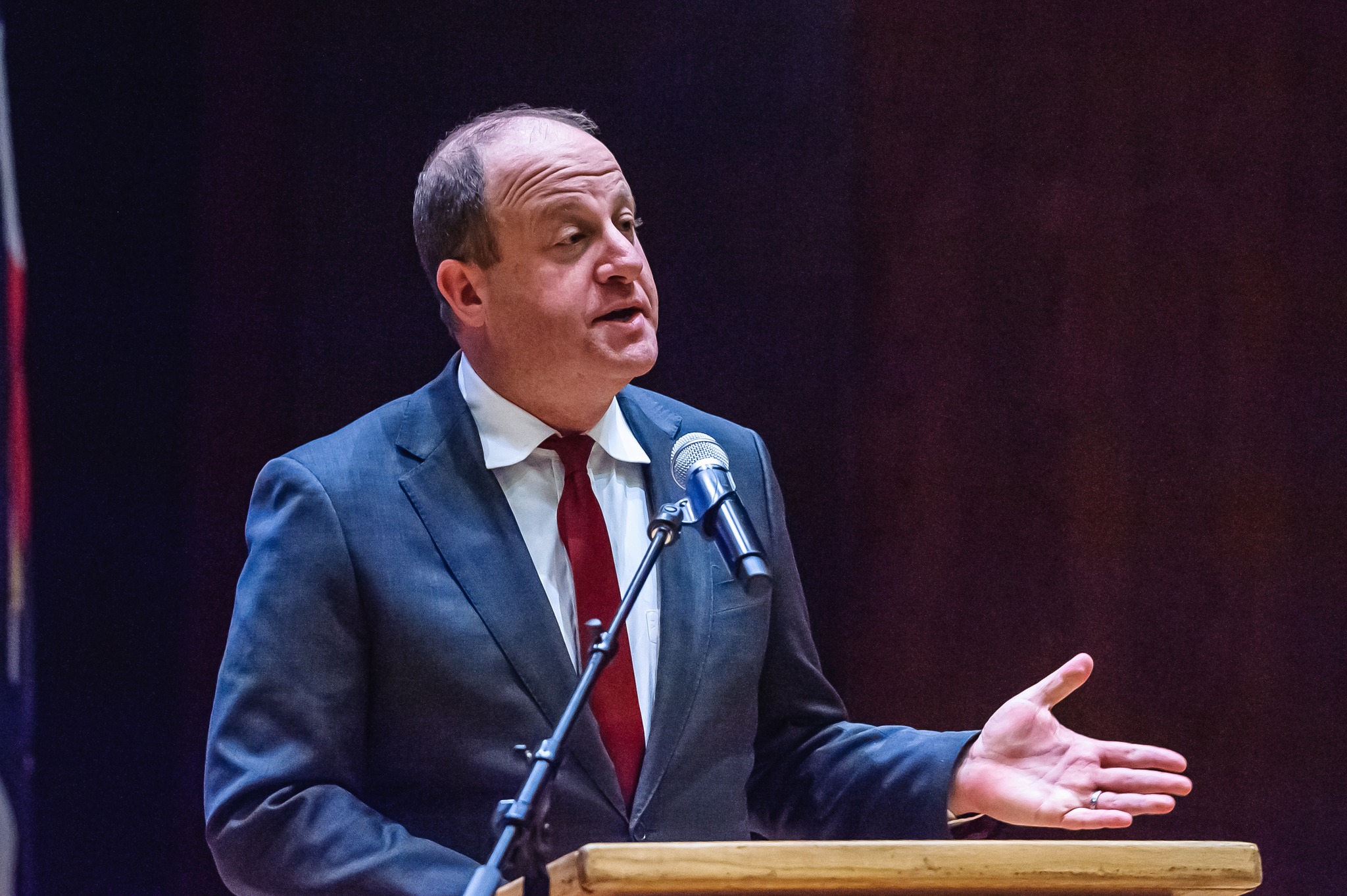