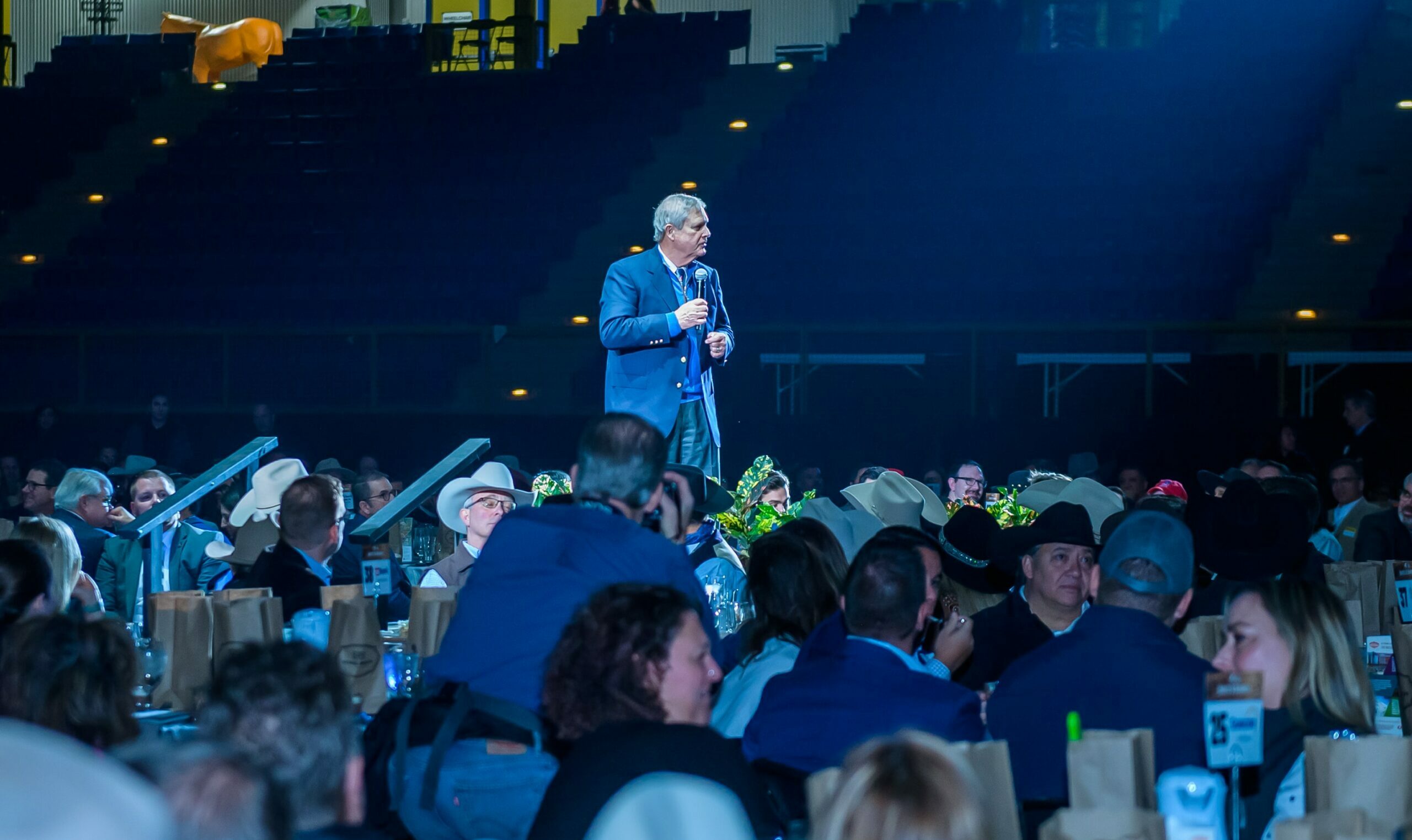 Photo Courtesy of Dave Anderson at InSync Photography + Design. View all photos from the event.

DENVER—Jan. 6, The Denver Metro Chamber of Commerce and National Western Stock Show (NWSS) reunited to kick off the return of the Stock Show at the 29th Boots ‘n Business luncheon, presented by U.S. Bank. The Denver Metro Chamber and the NWSS have been working together to advance agriculture in Colorado since 1906, when the business community helped establish the Stock Show. The annual event honors the history of agriculture and business in Colorado, as well as the economic drive and impact it creates for the state.

This year, the Denver Metro Chamber was excited to host a variety of national and state leaders, including U.S. Secretary of Agriculture Tom Vilsack, Governor Jared Polis and Mayor Michael B. Hancock. These leaders joined the Denver Metro Chamber’s president and CEO, J. J. Ament, and the NWSS president and CEO, Paul Andrews, in highlighting the impact of agriculture on Colorado’s economy and history.

“Every year, nearly a million people flock to the National Western Complex to watch the rodeo, connect with friends, see new ag innovations, showcase their livestock and celebrate our western heritage,” said Ament. “The annual event brings people from 40 states and 30 countries, boosting Denver and Colorado’s economy during what would otherwise be a pretty quiet time of year.”

Both Ament and Andrews talked about the importance of the agriculture industry to Colorado’s economy. Ament stated that the NWSS adds $120 million of economic impact in January alone, and Colorado’s food and beverage production companies generate more than $12 billion in economic output annually. The 3,200 companies that make up the food and agriculture industry directly employ nearly 48,000 Coloradans.

Secretary Vilsack spoke about the importance of agriculture in the United States, and how every U.S. city is reliant on farmers and ranchers to keep their citizens fed and spur economic growth.

Governor Polis also spoke about the economic impact of agriculture in Colorado, saying that the industry spurs $47 billion in economic impact and employs nearly 200,000 Coloradans.

While Boots ‘n Business recognizes the importance of agriculture in Colorado, it also provides a pathway for Colorado youth to pursue their education in agriculture, rural medicine and veterinary science. A portion of the proceeds from this event benefit the National Western Scholarship Trust. Since its inception in 1983, the Trust has awarded thousands of scholarships, funding the future of Colorado’s agriculture industry.

About the Denver Metro Chamber of Commerce